At 91st Toronto we have Beaver Scouts, Cub Scouts, Scouts and Scouters who are identified by their uniforms.

The Beaver Scout uniform consists of a Blue Bucket Hat and a Brown Vest. The badges a Beaver Scout earns over their 3 years in the Colony go on the front of the vest as shown below. 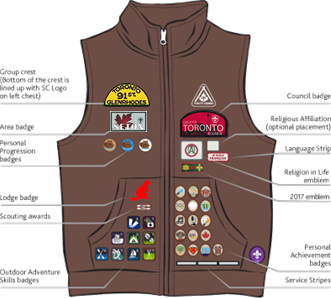 Once a Beaver Scout becomes 8 they prepare to swim up to the Pack to join the Cub Scouts in their adventures.

The Cub Scout uniform is a grey jersey long sleeve shirt. The badges that a Cub Scout earns during their 3 years in the Pack go on the front and arms of the shirt as shown below. 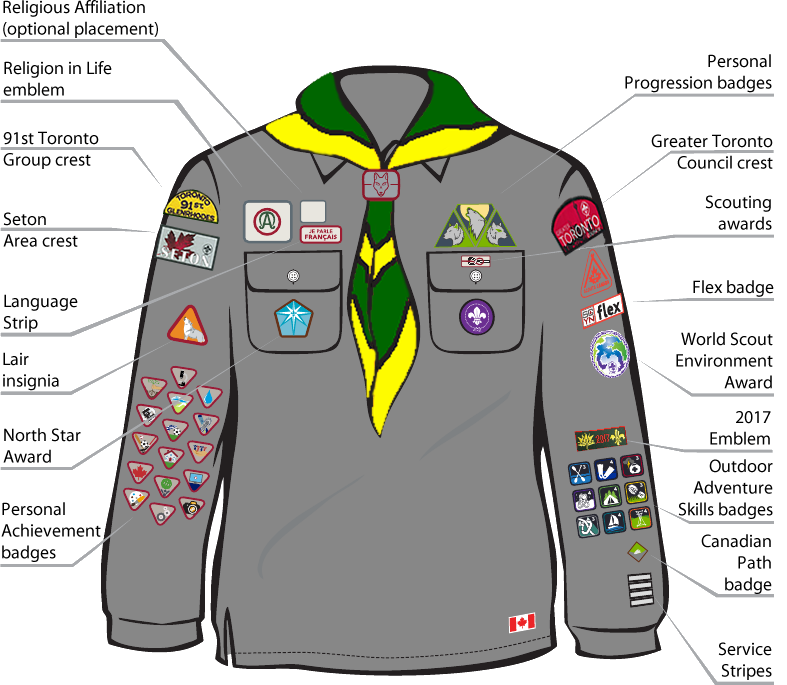 When a Cub Scout is 11 years old and too old for the Pack, they will move on to the Troop and join the Scouts in new adventures.

The Scout uniform is a green shirt. The badges that a Scout earns in their 4 years in the Troop are worn on the front and arms of the shirt as shown below. 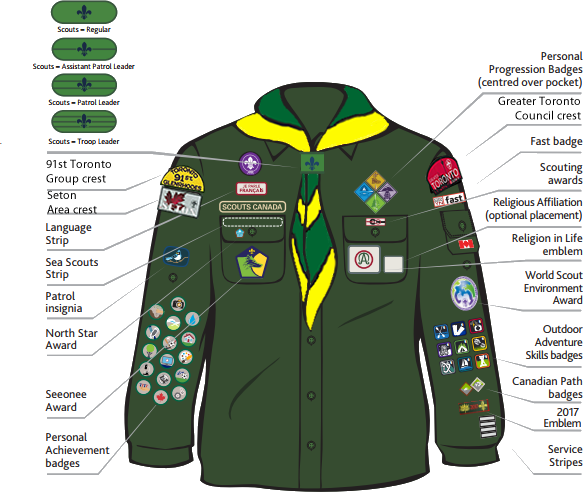 The Scouter uniform is a red shirt. All Scouters wear the same uniform. Their role is shown with the Role Insignia on the front of the shirt. The badges given to a Scouter go on the shirt as shown below. 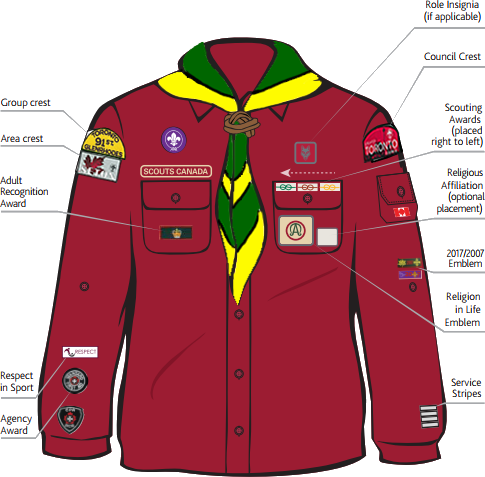 At investiture all members will make their promise and be presented with the Group, Area and Council badges.

The rest are earned and added as you progress through Scouting. Some badges will move with you when you move on to an older section, and some you will leave behind with the younger uniform.